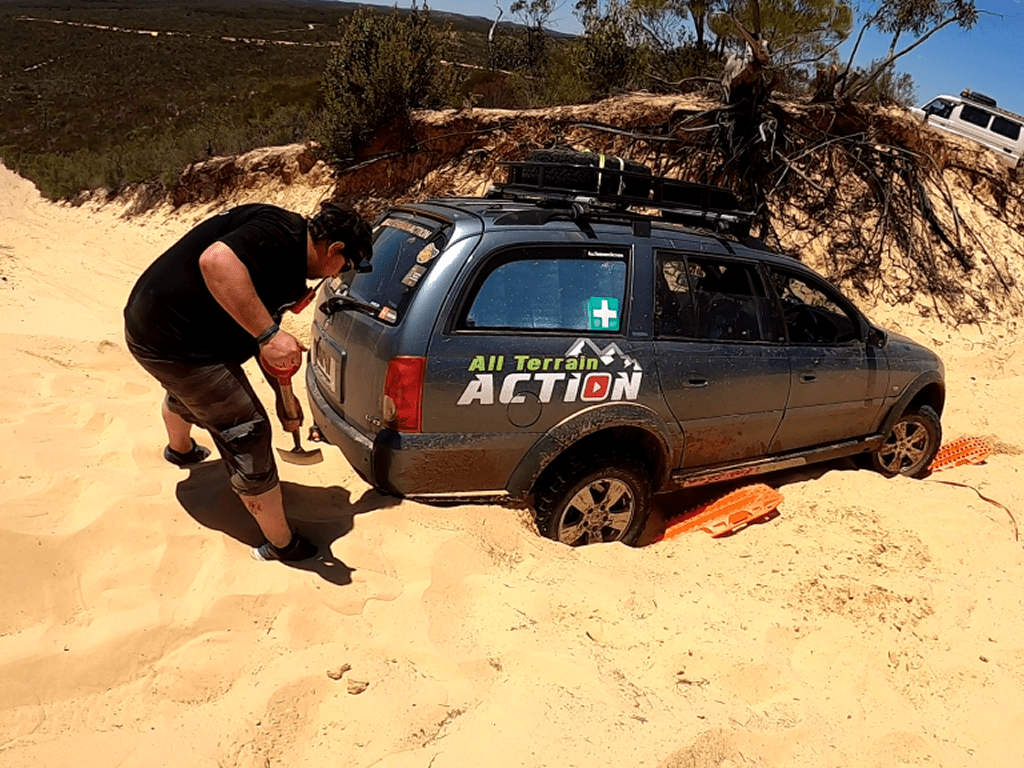 With COVID normal kicking in we still aren’t quite comfortable to leave the state in a hurry and with that in mind we’ve decided that we will hit up the tracks in Big Desert in Victoria at the end of this year.

Big Desert State Forest next door to Wyperfeld National Park and has a coverage of 1,417.49 square kilometers located north west of Victoria. There are some great tracks out there if you want to see how your off roaders handles the soft sand and for us its the perfect test trip before we head out to the big Simpson Desert mid in 2022.

Yes it will be summer and we’re going to a desert but its reported to be on average around 31 degrees during the day and as cold as 12 degrees during the night so it doesn’t seem that it’ll be too bad, plus tracks/routes are well documented and you aren’t too far from help with most parts of accessible to phone signal.

Documented by the FFMV here is the 4WD Touring map and it lists the camp sites and track routes. It should be noted during November to March Route 4 is closed due to high fire danger but all other tracks are available to us.

Our plans include to do one route per day and we will plan to stay at 2 camp grounds. Day 1 we will arrive at Big Billy Campground after commuting all the way from Frankston giving us a 6-7 hour trip followed by camp setup. All routes intend that you leave from Big Billy Campground and return which is how it determines estimated distance and time it will take. Day 2 we will do Route 1, Day 3 we will do Route 2 and we’ll most likely on Day 4 pack up camp and leave to do Route 3 but instead of returning back to Big Billy Campground we will come off Route 3 and start Route 5 but which approx. 40km’s into the track we will get to Milmed Rock Swamp campground and starting the following day we will do the entire of Route 5 and come back to Milmed Rock Swamp and enjoy a couple of days of relaxation by the new years countdown.

Here above is our tentative planning, which is standard excel document we use to do our planning with. There are much more details in this sheet with fuel calculation and food planning but this just helps keep us organised so everyone in our convoy knows the plan and anyone can really look at it anytime in their browser month leading up.

Anyway once we’re back from that trip it’ll be an interesting view into what Simpson Desert will be like with the Adventra’s and it gives us time to check out setup will work and make any adjustments we discover on the Big Desert trip.

Big Desert Trip was a success! The modified Adventra proved to be quite a capable vehicle even more so than the other four wheel drives, the lifted only Adventra however on its alloy 17″ wheels suffered from good side wall droop at 16psi that dropping down to 14psi was necessary to reduce excessive sand cutting.

Border Track was seasonally closed so we missed out on that track but most others had been explored and after travelling over 300km of sand tracks and doing both Milmed Rock Lookout Dune and Big Dune we are pretty satisfied that the Adventra is more than capable to do some of the tough dunes in Simpson Desert later this year.

Big Dune was not archived by any of the Adventra’s though it was very close, the modified Adventra came the next closest to climb Big Dune with the Fortuner making over, but only just in fact the Fortuner didn’t make it but after only been 2mtrs from the top we where able to engage low range with rear locker on and scooped forward every so slowly to make it.

Below is an image of some bystander four wheel drives along side our modified and lifted only Adventra ending positions, the modified vs. lifted only Adventra came close to each other on all attempts (within 2-3 meters difference) but it was significantly different to the other four wheel drives includes Will’s 90 series who got to around the similar spot as a Hilux ute with Will reporting power been the biggest issue for him. We came back the next day with our Fortuner and that vehicle made it around about where the Adventra attempts ended with a successful attempt finally on the side track but only after dropping to 13psi and once we came to a stop by reversing and locking rear differential and crawling up in 2nd low so I don’t think its a comparable attempt to the others but should be noted I am confident the Adventra would not have made it up even the other track.

Overall we did learn the lifted only Adventra with the modifications should be sufficient for Simpson desert and we think that a manual override for thermo fan mod and moving to 16″ rims with high sidewall’s will be mandatory for making Simpson Desert an easier trip, it is not yet known if a snorkel will help but in our April trip to Big Desert & Little Desert to do final testing we will measure the intake temperature the computer reads from both the modified and lifted only Adventra to decide if it will be a final mod before Simpson Desert for the lifted only Adventra.

Series to be released over January and February of 2022 here https://www.youtube.com/playlist?list=PLfxWHRzgyjM5GQ-QYC-Hnyx9dSr2NflYm and if you have any questions about the trip and the Adventra’s capability please feel free to comment on any video from us.