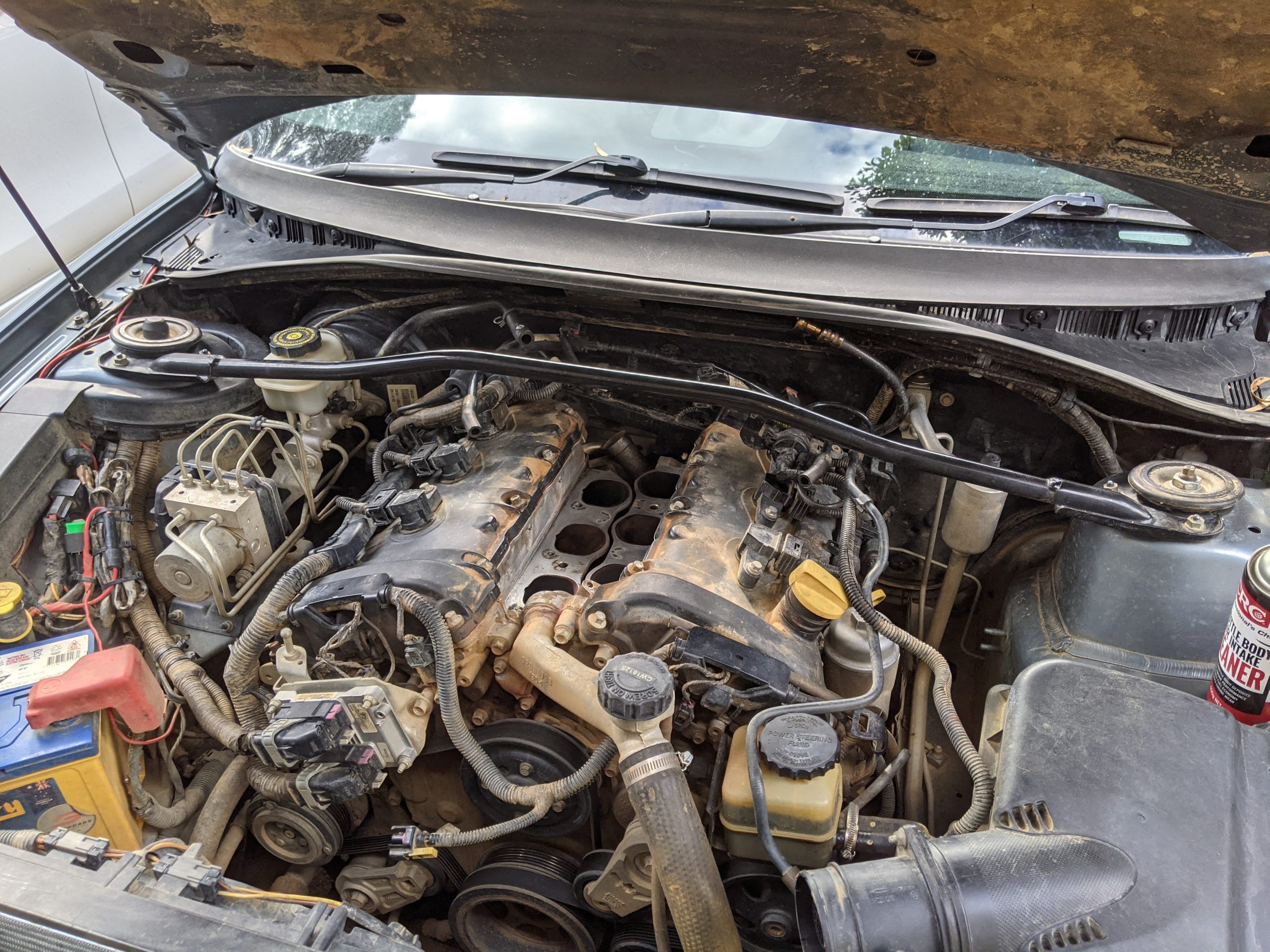 1.5 years ago I purchased some non genuine injectors to try and resolve a misfire issue we had been experiencing from time to time. In the end that issue was related to failing ECM and well I left the replaced injectors in since everything was working perfectly after I had my ECM repaired.

Bizarre enough though about 6 month after this change I began to have issues with the first turn over of the day in the Adventra. Some mornings it would turn, splutter, turn, splutter and turn then fire up, other days it would turn, turn, turn, then start but almost sound like it would stall but just catch and start normally. Then for the rest of the day the Adventra would start first turn if it was started again with a couple hours from when it was turned off.

I grew to just accept this and never got around to fixing it, but with lockdown I thought about doing a test. I decided that I would pull the entire fuel raid/electrical cables from my 2006 Adventra to my 2005 Adventra that had the problem first thing I noticed was the OEM injectors in the 2006 where blue and my OEM injectors that I pulled originally 1.5 years ago and this made me thing maybe this 2006 one had them changed to aftermarkets as well – I was wrong as I later discovered they where likely still genuine OEM.

I did the swap anyway and everything went well the 2005 started up fine (first start in 3 days) after putting everything back together and even after I drained the fuel rails while I switched them which was surprising that it started first turn, so I decided I’d leave it for the night to see how tomorrow morning goes just to be sure.

That evening I decided to buy some Genuine injectors as the last issue we want to face on our Simpson Desert trip in 2022 would be a starting or fuel delivery problem and I came to find that there are two different injectors used between 2005 and 2006 VZ V6HF (High Feature) engines most listings said you cant use 2005 with 2006 engine but I did this already and it worked fine no codes popped up and drove around for around 20 minutes with nil issues.

Some notes received from community advise if you’re replacing just individual ones should stick to the same color as the others as while they give same/similar output 2006 ones split their spray to direct to each of the two inlet valves while the 2005 ones spray openly and rely on the suction of each valve to distribute the fuel/air mixture. In theory then the 2006 ones are improved which could explain why they are often more expensive as the valve design beneath in the engine is the same between 2005 and 2006.

For MY2005 vehicles: An orifice plate (6), located at the base of the injector has four small holes which provide very fine atomisation of the fuel. The plate is insensitive to fuel deposits ensuring reliable fuel delivery.

For MY2006 vehicles: The orifice plate (6), located at the base of the injector has openings that are arranged in such away that two fuel sprays, angled at 20° apart and at 90° to the connector plug, emerge from the injector.