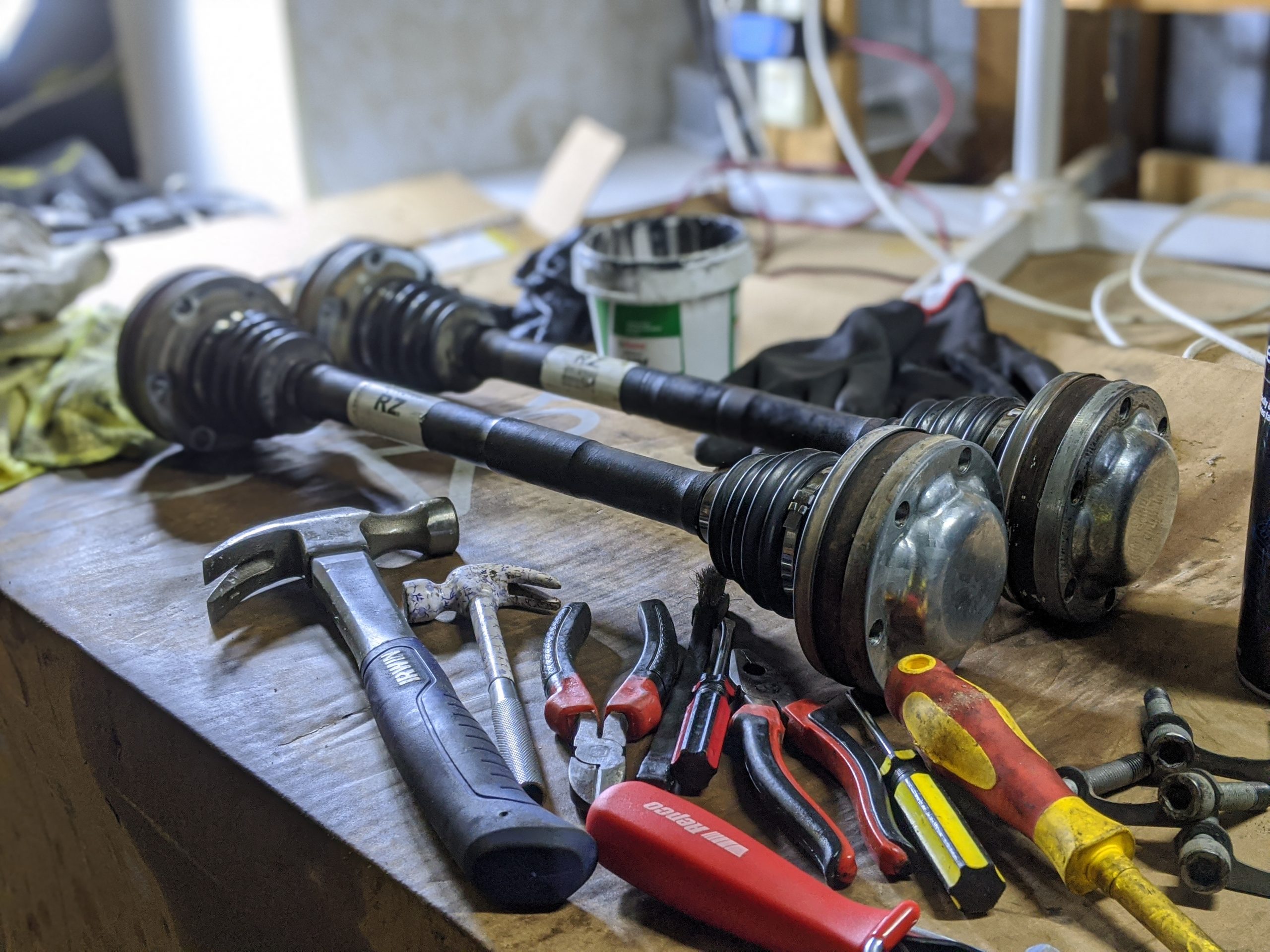 In the Adventra we are full independent suspension and while this gives us better overall clearance in most basic setup of solid/live axle setups we should understand correctly that the front and rear CV joins (Constant Velocity) are different and have different operational limits.

These mostly will apply to the maximum height we could lift the vehicle before CV joins will become in a risky operational range for optimal and safe usage. In a short explanation the Adventra front CV joints will permit up to around 25 degree angle and the rear CV joins will permit up to around 35 degree angle (our testing with longer than standard shocks) if you are interested to learn more about the details in technical form we offer them below for you to read.

The Adventra rear CV joints use a Rzeppa joint. These joints consist of four parts: the outer race, six balls with a cage around them and the inner race.

The outer race is usually integrated in the output shaft or flange, while the inner race usually has a spline on the inside and can be mounted to an axle or a shaft. Both the inner and outer race have grooves that have the same diameter of the balls, while allowing the balls to move axially in relation to the shaft. These grooves are not straight, but curved so the joint can operate at different angles. The balls are contained in the groove by the cage. The benefits of this style CV joint is it allows up to approx. 35 degree (our testing, may go further as reports say these type of CV’s will go to 40ish degree) angle of operation but is known to be weaker than a tripod style CV joint.

The Adventra front CV joins use a Tripot joint, the spider fits inside a cup with three matching grooves, which is usually integrated with a flange or shaft like the Rzeppa joint.

This groove allows the joint to operate at an angle, but it also allows axial movement in the joint without sacrificing drive. The plunge can easily be made longer or shorter by changing the design of the cup, while the rest of the parts can remain the same. The rotation is transmitted in the same way as the Rzeppa joint; the spider presses against the rollers and the rollers press against the body of the cup. Tripod CV joints are known to be stronger than Rzeppa joint however only offer a operating angle of up to approx. 25 degrees this design also produces less friction and heat during operation compares to Rzeppa CV joints.

Often Adventra’s CV joints will last the life of the Adventra if looked after, the most common issue we see is that the boots that protect these joints to keep in the CV grease become worn and eventually break leading to grease escaping and allowing water and other contaminants to enter the joint drying up and creating a non smooth operation of the joints. If left to run this way the CV joint can seize and in most cases are required to be to replaced if ignored. In most cases if the boot has recently broken and attention is made to clean, repack with new grease and put a new boot on they will go on to keep working for much longer.

In all our off-roading we’ve never broken a CV to a stage where they have become seized or broken apart, we have had 1 case where we have cracked the cage of a Rzeppa CV joint for exceeding the normal operating angle during a wheel up and high rotational speed operation.