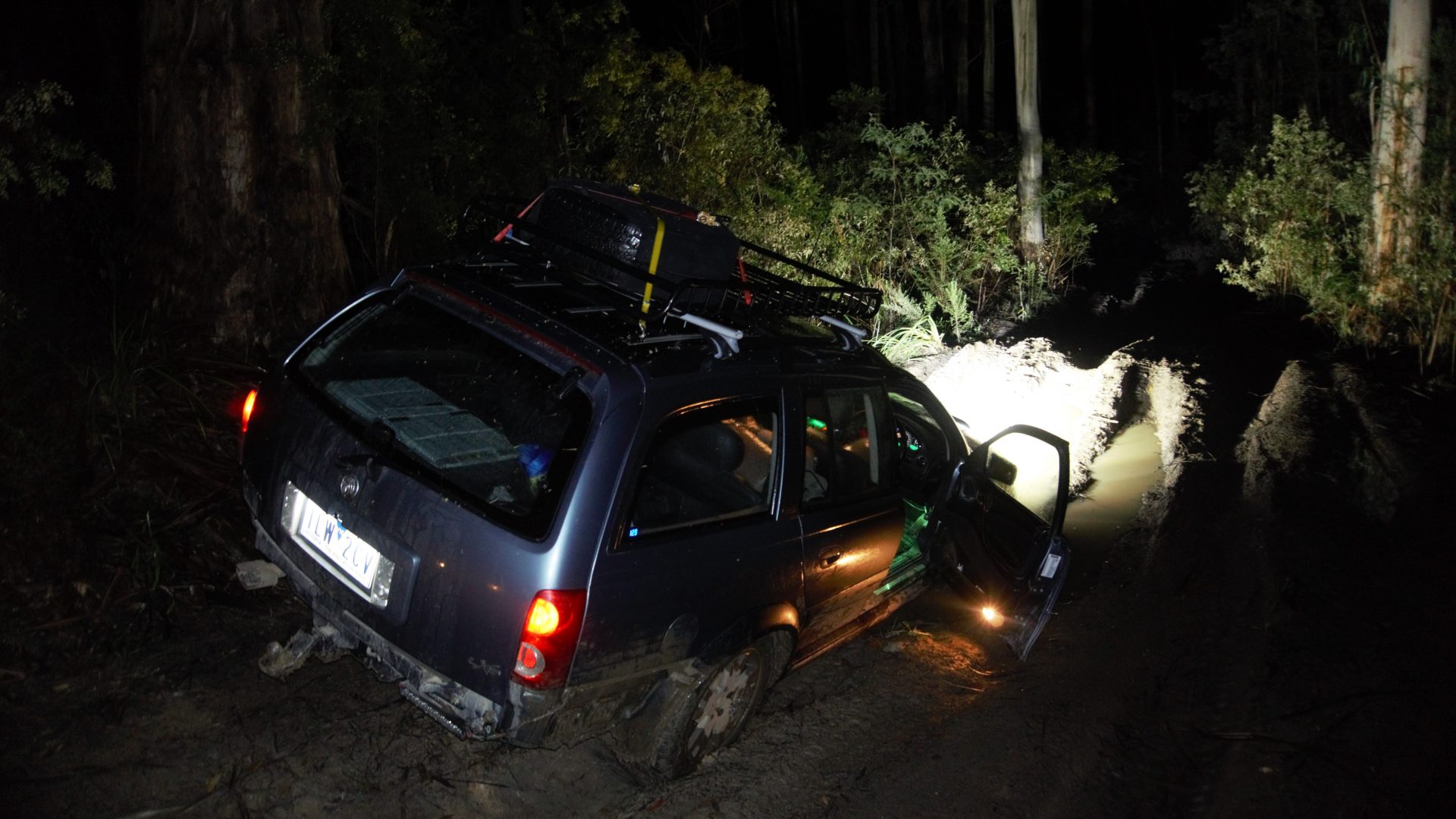 Last Friday we decided to head out to Noojee for some action. The original plan was to arrive late evening find a small camp spot and setup the swags and call it an early night. That’s not what happened though.

Instead since it was raining we decided to get going to do some CrossTrac testing between the VZ V6 variant vs the VZ V8 variant a test I’ve been waiting to do for over 2 years. To do this test we needed to find a upright direction with a slippery uneven surface and to create this artificially is very difficult so the conditions where prime for some real condition experimenting.

If you watch this video starting from 5:14 the next 5 minutes shows a slippery clay surface that’s a climb and the difference between the V8 and V6 with ESP turned on. You will be able to see from 10:05 in the video the V6 and the wheels how they are responding to CrossTrac and ESP together to get some climb. I’ve always thought the v6 had a better CrossTrac program but the end result apparently is that the v6 just has more sensors and features that electronically it preforms better than the v8’s CrossTrac.

The test isn’t perfect though because the v6 has newer all terrains and the v6 has recently had its brakes serviced and since CrossTrac heavily relies on brake system working adequately it could have contributed to the results of this test.

In the video we also started casually driving around after looking for camp but find many hours pass by and we are yet to get off whatever track we got ourselves onto. As time goes on, the track becomes better and then suddenly worse.

Watch the video it will keep you busy for 25 minutes, sorry that the quality isn’t so great we don’t normally do night time content but since it was wet, quiet and we couldn’t get interrupted by any 4×4’s that where rushing through we created some very interesting content throughout until the early hours of the morning.

Enjoy the video, please share it with any off road friends!